Each Kāpiti Writers’ Retreat we strive to bring together a teaching team that captures the feel of the contemporary New Zealand literary landscape. Below is information about the teaching writers for 2021.

See Morning Workshops & Afternoon Sessions for what our writers will be teaching. You can learn more about the teaching writers through our 5 Quick Questions series. 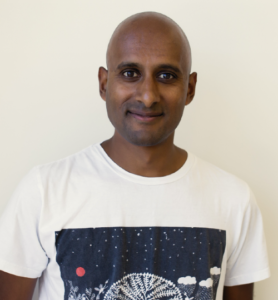 Brannavan Gnanalingam is a novelist and lawyer based in Wellington. He has written six novels, including Sprigs which was released in 2020. His fifth novel Sodden Downstream was shortlisted for the Jann Medlicott Acorn Foundation Fiction Prize at the 2018 Ockham Book Awards and his fourth, A Briefcase, Two Pies and a Penthouse was longlisted in 2017. 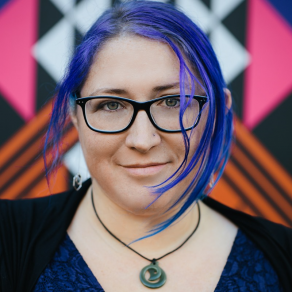 This Place: Writing as Character

Cassie Hart (aka J.C. Hart and Nova Blake) is a speculative fiction writer who enjoys delving into human nature in all its beauty and disarray. She is a Sir Julius Vogel Award winner, as well as a finalist for the Australian Shadow Awards. Over the past five years she has published over ten novel and novellas, and has had her work printed in various anthologies including: A Foreign Country, Baby Teeth: Bite-sized Tales of Terror, Cthulhu: Land of the Long White Cloud, Regeneration, and Year’s Best Aotearoa New Zealand Science Fiction and Fantasy Volume 1. She is a multi-finalist for the Sir Julius Vogel Awards for her fiction, and co-won an SJV for best collected work in 2013.

In 2018 she was selected as one of six emerging Māori writers to participate in the Te Papa Tupu incubator programme, where she worked on her novel, Butcherbird, a supernatural suspense set under the watchful gaze of Mount Taranaki. Butcherbird will be releasing from Huia in 2021. 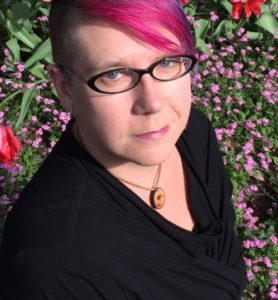 M. Darusha Wehm is a working author whose first novel debuted in 2009. Since then, they have published novels, games, short stories and poetry in both commercial and literary genres, and have written tie-in fiction as well as narratives for corporate and educational projects. In 2018, they were a finalist for the Nebula Award and won the Sir Julius Vogel Award for their interactive fiction game The Martian Job. From 2013-2015 they were the editor-in-chief of Plan B Magazine, a paying market for short mystery fiction, and are currently an Associate Editor at the Hugo Award-nominated magazine Escape Pod. Originally from Canada, Darusha has been living in Wellington for nearly a decade, after spending several years sailing the Pacific. 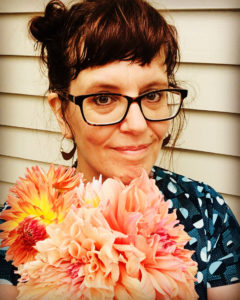 Helen Lehndorf’s book, The Comforter, made the New Zealand Listener’s ‘Best 100 Books of 2012′ list. Her second book, Write to the Centre, is a nonfiction book about the practice of keeping a journal. She writes poetry and non-fiction, and has been published in Sport, Landfall, JAAM, and many other publications and anthologies. Recently, she cocreated an original multimedia work The 4410 to the 4412 for the Papaoiea Festival of the Arts with fellow Manawatū writers Maroly Krasner and Charlie Pearson. 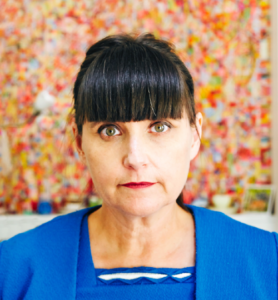 Big picture and the small window

Pip facilitates writing workshops with various communities. Her work has appeared in publications in Aotearoa and overseas including Sport, Turbine, Hue & Cry, Landfall, Metro, JAAM, Pantograph Punch, Five Dials and Van voor af aan. She has written for publications produced in conjunction with exhibitions at Wellington City Gallery and her reviews have appeared in the New Zealand Listener, New Zealand Books and on Radio New Zealand. She has published four books, a collection of short stories Everything We Hoped For (2010), and three novels I’m Working on a Building (2013), The New Animals (2017) and Nothing to See (2020) 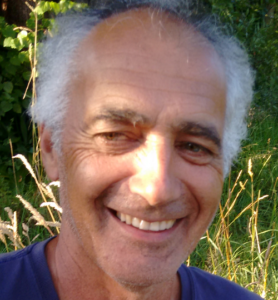 Thirteen Ways of Looking for a Poem

Rob Hack was born in Invercargill. His poetry collection Everything is Here (2016) is the culmination of sixteen years unearthing his long-neglected Cook Island heritage, revisiting his boyhood on Niue, his travels and observations of people, places and things. Sam Hunt, Gregory O’Brien and Lynn Jenner spoke highly of this collection.

Last year Rob built a writing cabin in his backyard and continues to perform his poetry live. He’s currently researching the life and times of the late Dr Tom Davis, former NASA scientist and Prime Minister of the Cook Islands for a new book. Until recently, he has hosted the poetry show, Not at The Table which featured interviews, readings and music on Paekakariki Radio. He has an MA in Creative Writing from the IIML and four beautiful grandchildren. 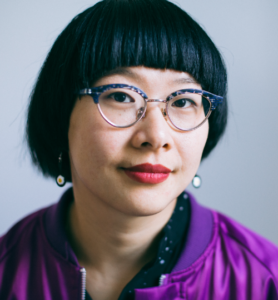 There is No “I” in Essay

Rose Lu is a writer based in Wellington, New Zealand. She gained her Masters of Creative Writing at the IIML in 2018 and was awarded the Modern Letters Prize for Creative Nonfiction. Her first essay collection All Who Live on Islands was published to critical acclaim in 2019. Her undergraduate degree was in Mechatronics Engineering and she has worked as a software developer since 2012.